For the student blogging challenge, (#6) we could take part in ‘Blog Action Day 2012’. Although I am abit late with writing the post, I still want to write it anyway! 🙂 The topic for this year’s Blog Action Day was…

“The Power of We”

Here is something I have written about a group of people who inspires me by the way they make a positive difference and how I want to make a difference and what I will do to do that.

In March this year, I went to the Australian Young Leadership Day. There were many inspirational speakers that spoke to us and gave us some very useful tips. Two of those people that really gave me some inspiration were Anh Do and Ronni Kahn (founder of ‘OzHarvest’) these two people were so inspirational. Anh Do talked about his life as a refugee, his life moving to Australia, and many more things. Ronni Kahn talked about the founding of OzHarvest, a charity that she came up with and that delivers food to people all around Australia who may not have had the opportunity or chance to have the food. Those groups of people are really inspiring to me, and make such a positive influence to everybody.

My own efforts to make a difference.

At school, since I am a house captain each term the houses get to have a fundraising day and so my house, (Franklin) raised money for the One Laptop per Child charity but collecting $2 gold coins for mufti and $1 coins for an ice-cream! It was a very fun day and you can read more about it on my friend’s blog, Emily. (Dawso’s blog)

When I’m older, I also plan on going around Australia helping the homeless people and people who don’t have any food or shelter. When Ronni Kahn spoke to us at the Young leadership day, she said to start with a little idea, and then let it grow into however you want it to grow to. I am really going to take her advice on that, and try to start little with fundraisers (As I did) and other things too, and then expand on my idea and let it grow.

And many more amazing people are my inspirations, and have influenced me in a positive way to try and make a difference.

Visit my other blog, Digital Paradise! Myspace Message Generators
if (WIDGETBOX) WIDGETBOX.renderWidget('f30a5988-31bc-44c7-ad83-1031bb73887c');Get the Magic 8 Ball widget and many other great free widgets at Widgetbox! Not seeing a widget? (More info) 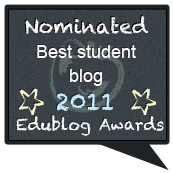